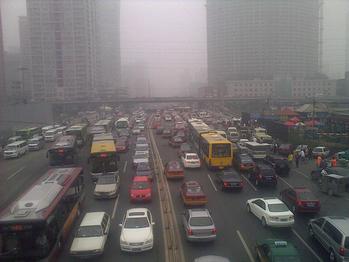 Elder RunningWolf has spent the last 6 months as a political prisoner in Santa Rita jail, in part as retaliation for the success of the stop driving boycott. Since the COVID-19 lockdowns began, personal and policy reductions of driving have played a major role in the single largest drop in CO2 emissions in history (10% in one year). The air pollution from sources such as driving (the #1 source) has also been implicated in several studies as doubling COVID mortality & transmission. Yet there has been no recognition or institutional support for the Indigenous Boycott which has been advocating these measures for over a decade based on sacred prophecy, in typical colonial fashion. The ongoing defamation campaign against Zachary RunningWolf is a desperate and racist attempt to undermine the leadership of this boycott: for more, see: runningwolf.org.

Having recently experienced the four hottest years on record and the hottest 16 months on record 16 months in a row we are in a state of emergency with respect to global warming. In the last few years, there have been numerous record-breaking hurricanes in the Gulf of Mexico (Harvey, Irma, & Maria in 2017 alone), massive wildfires and heat records broken in California, and devastating floods killing thousands of people and displacing millions in Mozambique, China, India, Iran and all across the world. All of these extreme weather events were made more likely and more severe as a consequence of global warming.[1]

Given the extreme urgency of global warming, the annual 4-day stop driving campaign spearheaded by Blackfeet Elder Zachary RunningWolf became in its 7th year (2016) a monthly event, taking place on the 11th-14th of every month. Since 2019, to honor the youth-led March 15th (largest-in-history) climate strike, the Stop Driving Boycott now includes a 5th day, the 15th of every month.

This July 11th-15th, please make a commitment to use bicycles, public transportation, or other alternatives and abstain from personal car use to help us transition towards sustainable living for the 7 generations after us and the future of the planet.

More than a movement to change personal consumption habits (which still matters), the Stop Driving Boycott deploys a tried-and-true method of COLLECTIVE action to create systemic change. Even without factoring in global warming, Automobility is a Public Health catastrophe which kills MILLIONS of people every year through deadly car crashes, toxic air pollution, and numerous ailments induced by physical inactivity.

As the Hopi prophecy tells us: we have the power to change the course we are on, if we follow the laws of the Creator by living with respect for nature. What path will you choose?